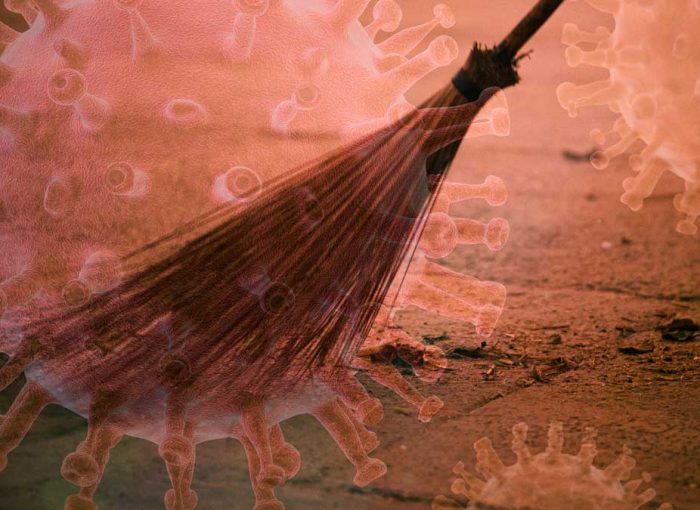 Vimal Kumar, Founder of Movement of Scavenger Community explains why social distancing is a problem especially for sanitation workers in India. As a mirror of the general inequality, sanitation workers are exposed to the dangers of being infected on a daily basis. The access to protectional gear has always been a demand of MSC and other organizations for the rights of sanitation workers in India. Too often, the problem has been ignored. The priviledge of staying clean during work is limited to those, who don’t belong to the lower castes of Indian society.

The brutality of coronavirus and COVID-19 has captured the world’s attention. The social climate is all about the virus, anxiety and deaths. As the virus spreads, words such as “social distancing,” “self-quarantine” and “work from home”—for white collar jobs, not among the labor class—have become quite popular. People are avoiding people to save themselves, while walking their pets outside to escape the isolation. The virus is also bringing to the forefront the plight of people for whom social distancing has always been a way of life, a way of life forced upon them.

The choice to practice social distancing is a great privilege that is not possible for those who cannot say “no” to work for their livelihood: an old woman sitting at the roadside at 8:30 at night, hoping people will buy the toys she sells, the house painter climbing scaffolding to paint walls, the construction worker paying house visits so people can live comfortably and safely within their walls. These workers have no option to stop their work and stay home. I am seeing all of this in the U.S. and thinking about my people, the sanitation workers in India. Sanitation workers also cannot refuse to work. They have to pick through filthy, raw garbage with bare hands on the streets all day. Meanwhile, the whole of society around them practices cleanliness and social distancing to protect themselves from COVID-19.

A recent World Health Organization report reveals that only 45%, or 3.4 billion people, of the world’s population have access to safely managed sanitation, with raw sewage safely removed and treated far away from households. This means that the majority of global households rely on informal and infrequent waste removal by sanitation workers or “scavengers” who often lack basic safety equipment and face social stigma due to the disgracefulness of the task. Manual scavenging is one of the occupations performed by particular castes in Indian society playing a crucial role in maintaining hygiene and sanitation. Sanitation workers clean roads, streets, sewage, animal dung, toilets and even human excreta. Even before COVID-19, they put their lives on the line daily, especially in developing countries. They face a multitude of hazardous health risks, including disease, drowning and suffocation. Furthermore, in South Asian countries – especially in India – they face “untouchability” and stigmatized identity due to their caste position and forced occupation. Even without COVID-19, sanitation workers were already dying day after day due to their hazardous work, cant safety equipment and apathy from the government. In India alone, one sanitation worker dies every five days performing their work inside sewers with little or no safety equipment.

India’s Prime Minister Narendra Modi appealed to India’s 1.3 billion population on Thursday to observe a one-day curfew. Modi strongly stressed the need for social distancing, a point also made by India’s health minister earlier in the day. According to the health minister, “There are, as the prime minister keeps mentioning, 1.3 billion people in India. So many of them, 80%, work in what is called the informal and disorganized sector. We spoke to street vendors who told us that if they do not leave their homes, their families would die of hunger.” The India government does not have any plan for people who live a hand-to-mouth life. The question is how will people like sanitation workers survive in this critical situation? They are already dying and suffering from forced social distancing by upper caste members and have been treated as untouchables for generations. COVID-19 will further exacerbate this injustice and inequity.

Remarkably, sanitation workers have strict instructions from the government to continue their work—and even to spend extra working hours. This is well-known, though not officially acknowledged. Capitalizing on this, shopkeepers in India are selling facemasks and hand sanitizer at a mark-up of 20 to 30 times the actual price, making safety gear even more unaffordable for poor people. Sanitation workers are bound to work regardless lest their families starve. They are forced to put their lives at great risk to save the life of other, more fortunate people. The government should understand that if sanitation workers get infected by COVID-19, it is dangerous to society and can play a large role in spreading the virus.

Amidst this difficult situation, I saw a video on social media about Shankar, a sanitation worker who is trying to raise these issues. Shankar is a team volunteer for our organization, Movement for Scavenger Community, in India. We had a phone conversation the other day. He said, “We always work without safety gear. The government doesn’t care about our safety. But this time, the virus is dangerous, not only for us as sanitation workers, but also for our families. We cannot stand to see our families in danger. I know this it’s a risk for me to raise my voice for our rights against the government, but someone has to take a risk. I am happy, because, due to my standing against injustice, all the sanitation workers in my city have facemasks and hand gloves.”

As a sanitation worker, Shankar earn US$110 per month – with which he has to manage his family of six people living in the ghetto on the utskirts of the city. Almost everyone in this ghetto works as a sanitation worker. They live in tiny houses in tight spaces, sharing beds with two or three family members. In these conditions, the practice of social distancing is a joke. They do not have the privilege to work from home because they do not even have a place to sit at their workplace. Shankar’s small act of leadership resulted in facemasks and hand gloves for all the sanitation workers in his city. Other sanitation workers started to call him a leader and a ray of hope for them. Conversely, government officials have taken his leadership as a threat to their unjust system. No doubt his job is now at risk due to him voicing the basic right of hand gloves and masks.

Right now, I am sitting in the U.S. watching people distribute hand sanitizer and face masks free to the people. Back home in India, though, sanitation workers struggle to get the same, putting their jobs and lives at risk daily. If getting safety gear after such a struggle as Shankar’s simply to be able to perform your only available job – to pick up garbage – is an achievement for human beings in this world, then we need to think, where are we going as a society? This is not the time to learn social distancing, but to stand with people in need and struggling for survival. This is the time to fill the gap between the oppressed and privileged. We need to fight the virus. We also need more love and humanity to kill the virus of casteism and racism in our society.

This article was first published on www.mccaineinsitute.org 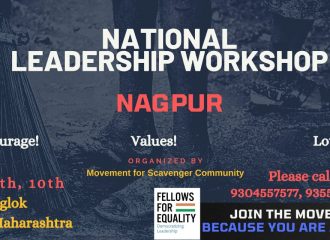 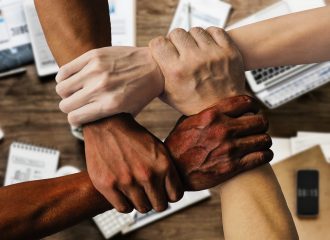 We Are Training the Leaders Of the Future, Again! 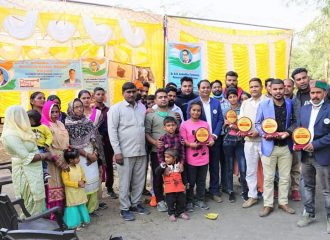 We are searching for Fellows for Equality in 2022

We Are Training the Leaders Of the Future, Again!